The IDA also assists in addressing Indigenous participation gaps. The IDA program can last up to one year for participants.

To be successful, entrepreneurs need more than a business plan, financial support and a website.

Our experienced mentors will work with you to identify the next steps for your business, and provide guidance and support to move forward.

During the program, you will receive:

Check out our series of helpful workshops designed to help you grow your business.

Read over these important documents before submitting your Indigenous Digital Accelerator application.

Once you've completed your declaration and read through the guidelines, fill out and send in your application!

Designed to support Indigenous entrepreneurs and companies owned by Indigenous people, the IDA aims to address significant gaps in the participation of Indigenous peoples in the high tech, digital-creative and cultural sectors.

For-Profit Businesses that include companies involved in digital and creative technology, media production and distribution, language revitalization, virtual and augmented reality, as well as more traditional businesses that need assistance with digitization and online platform development. Businesses will have existing customers and sales, community support and be poised for growth. 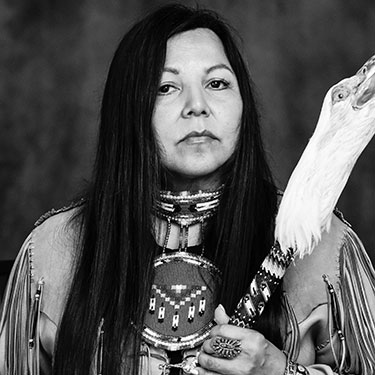 Doreen Manuel (Secwepemc/Ktunaxa) is the director of the Bosa Centre for Film and Animation at Capilano University and Inclusive Community Projects. She is the first Indigenous woman to direct a major film centre in Canada and to hold a position on the board of directors of Knowledge Network.

She holds many advisory positions with industry organizations and major industry funders. She was the 2019 Woman of the Year for Women in Film and TV Vancouver and is the recipient of the Leadership in Education award and many other film industry and education leadership awards both provincially and nationally.

Doreen has worked on television and film productions in a wide variety of roles, and as a news reporter and producer of corporate video. She comes from a long line of oral historians and factual story gatherers and is the daughter of renowned international leader, the late George Manuel and spiritual leader Marceline Manuel.

Jackson Crick has returned to Capilano University in the capacity of Manager, Indigenous Digital Accelerator (IDA).

Jackson will be instrumental in building out capacity within the IDA such as enhancing the business client intake process, governance structures, and enhancing our relationships with the Lil’wat, Musqueam, Sechelt (Shíshálh), Squamish and Tsleil-Waututh Nations and more broadly Indigenous communities in Western Canada.

Jackson is Xeni Gwet’in from the Tsilhqot’in Nation. Jackson previously worked at Capilano University from 2002–2014, the early days of the Indigenous Digital Filmmaking program, where he worked in the capacities of Coordinator, Instructor and Lab Supervisor.

As the Housing Project Manager for the Tsilhqot’in National Government, in Williams Lake, Jackson helped facilitate a first-of-its-kind housing authority for an Indigenous Nation in Canada.

Jackson has also worked as the Field Operations Supervisor for Statistics Canada in the Northern BC Prince George Office where he conducted the 2011 and the 2016 Census for 40+ Northern BC First Nation communities over an area spanning from Canim Lake to Hazelton to Fort Nelson.

More recently, Jackson was employed as the Operations Manager for the IM4 (Indigenous Matriarchs 4) Virtual Reality Program at Emily Carr, where he engaged with Indigenous communities and organizations to train and utilize VR/AR for economic, educational, cultural, and health applications.

Jackson’s diverse set of administrative skills, legal background, community-based work and knowledge of digital production will be valuable for driving forth growth and capacity within the IDA. 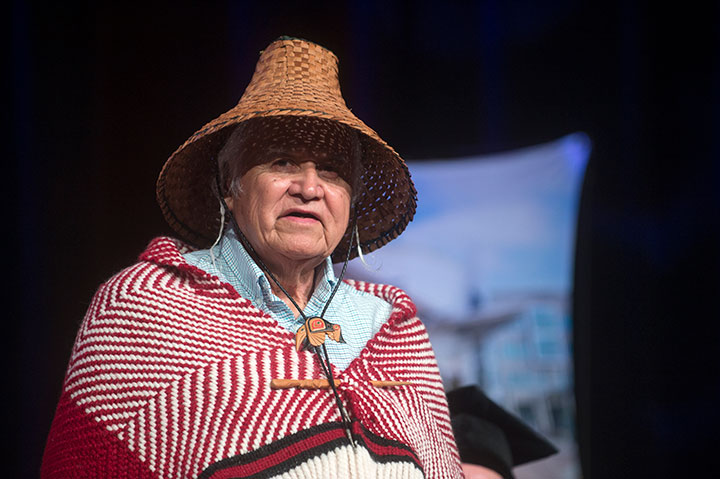 We had the privilege of having Slá’hólt, Hereditary Chief of the Tsleil-Waututh Nation and Capilano University in-residence Elder Ernest (Ernie) George advise the IDA program in its early development. We remember him and the contributions that he made to all Indigenous people.

We are excited to announce Filmmakers in Indigenous Leadership & Management Business Affairs (FILMBA) our first program being offered by the Indigenous Digital Accelerator.

FILMBA is designed to develop the management skills of Indigenous producers who own a film production company and are ready to enhance their business affairs skills to move their career to the next level.

For more information, or to apply, visit FILMBA.

For more than 30 years, PacifiCan has been working to diversify the western economy while improving the quality of life of western Canadians. PacifiCan aims to be a leader in building a strong, competitive West by focusing on business development, innovation and community development.

Through the TD Ready Commitment, the TD Bank Group is working together with community organizations across the country to build a more inclusive tomorrow. Focused on improving financial and digital literacy, TD support for the IDA will help enrolled Indigenous entrepreneurs and leaders build confidence, adapt to change and drive growth for their business today and into the future.

What is a business accelerator?

A business accelerator is a program that helps developing companies build strong sustainable businesses by providing mentorship, funding and other support.

What kinds of companies can make best use of an accelerator?

Accelerators are for companies that are already established, but need mentorship and support to build momentum and get to the next level.

Does a business have to be digital to participate?

The Indigenous Digital Accelerator was designed for Indigenous companies in the high tech, digital-creative and cultural sectors including film, television, games and digital media; however, it's also appropriate for more traditional companies that want to add a digital component such as a website or e-commerce platform to their business model.

What kind of research assistance is available?

The Indigenous Digital Accelerator will connect Indigenous entrepreneurs to CapU students who are interested in gaining work experience during practicums, internships, co-op work terms and summer employment. Students will be available to help entrepreneurs with research and other tasks.

Why is Capilano University launching an Indigenous Digital Accelerator?

Capilano University is committed to Truth and Reconciliation, and helping Indigenous entrepreneurs and communities grow and thrive.

Ready to take your business to the next level?

Find out if the Indigenous Digital Accelerator is right for you. Our team will walk you through how the program works, how to apply and what you will get out of the experience.