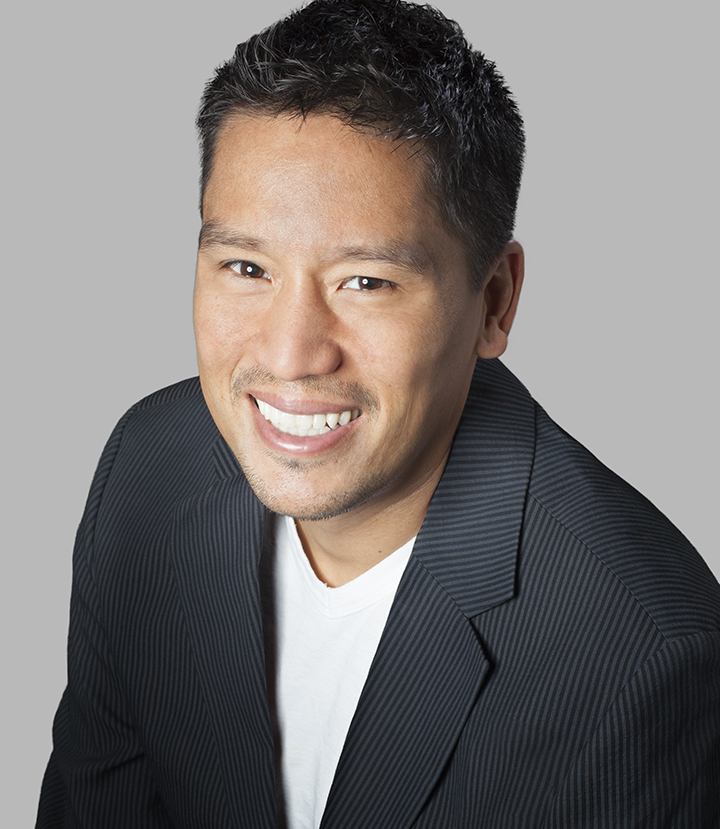 Following a transformational backpacking trip to Asia, Tip had an idea to change the face of travel. In 1990, at the age of 22, Tip started G Adventures, a tour operator designed to bridge the divide between backpacking and mainstream travel, and to connect travellers with local people in the countries they visit.

In 2003, with a vision that travel could be a force for social good and significant wealth distribution, Tip founded G Adventures’ not-for-profit partner, the Planeterra Foundation. Planeterra harnesses the power of the tourism supply chain to channel travellers’ dollars into underserved communities around the world.

Tip’s first book, Looptail: How One Company Changed the World by Reinventing Business, was released in 2013 and became a New York Times best seller. Looptail is the first business book to be endorsed by His Holiness the Dalai Lama, who penned its foreword. In 2015, Tip released his second book, Do Big Small Things, a journal about life and travel that encourages readers to share their own inspirations and creativity.

In 2018, Bruce Poon Tip was honoured as one of Canada’s Most Admired CEOs in the category of social entrepreneurship.

Wow. You guys are being really quiet, actually, out there. CapU 19, let's hear you! A little louder, come on! This is a celebration, this is a glorious time and it is my honour, and I'm so happy to be here with all of you today.

I'm so grateful to be here and the kindness and recognition of a few, the Capilano faculty, Chancellor Fung, President Paul Dangerfield, and his team and Dr. Chris Bottrill who initially reached out to me. Thank you for seeing me and for bringing me into your family here at Capilano University.

Graduates, family and friends, today, when they called me about receiving this honorary doctorate I was obviously very excited, humbled, honoured, but that quickly turned to worry about what I was going to say to you today in this speech. So I've been thinking about it for most of the year. I actually wrote this big sweeping speech. I looked at all these other speeches - Oprah, Steve Jobs, I said I'm going to rock this speech.

But then I realized it really wasn't serving you and it was serving me so I went back and thought about what would be best to serve you today. I thought, you know, I should just tell you a story about me and how I got here because the truth is, I was never supposed to be here. Statistically, the statistical possibility of me making it from where I come from to here on this stage today is greater than lottery-type odds.

My parents were born on a very small island on the equator with a population less than Vancouver Island. My folks moved from that equator island to Calgary and so people often ask me did you have culture shock? I said we had more weather shock. But my parents moved here to Canada with seven children and my parents gave up everything that they knew and they held dear to give their children the auspicious gift of opportunity.

Calgary in the late '60s was a challenging place for a family of visible minorities, with a mixed heritage to grow up. The challenges exceeded what we ever expected. But growing up I was an odd kid. I started my first business when I was 12 years old. If you can remember the time when newspapers used to be delivered at your home, you had to be 12 years old to get one and at 11 years old I so wanted a newspaper route so bad that I could make money and have a job but I had to wait until I was 12.

When I was 12 I decided I would apply for routes across the city at different newspapers so they wouldn't recognize my name and I would contract the papers out to 11-year-olds. And that was my first foray into child labour. And my first foray into business. I then had a rabbit business. I found out in Holland they had bred a type of rabbit that didn't grow bigger. It was the Dutch dwarf and I imported the first pair into Alberta and started selling them at pet stores.

I think back on those days, it's kind of hard to remember now but I used to sell only the females to the stores so people wouldn't breed them so I could hold on to the uniqueness of these rabbits. It was at 15 I joined Junior Achievement and I started a bookmark business called, The Weather Worm and I won a gold medal for entrepreneurship. And so business was, you know, while every good Canadian boy was playing hockey,

I wanted to be an entrepreneur. And it was before entrepreneurs were sexy. There were no 27-year-old billionaires when I was a kid. So I decided it was time for me to try to get my first job. I got my first job at Denny's in Calgary. I got fired after two weeks. No kidding. I was embarrassed to tell my parents I'd been fired because I was so proud I got a job.

I just applied for another job and I pretended that I went to work every day and I got a job at McDonald's right across the street from Denny's and I got fired during the training program. No word of a lie. So that is a funny story.

At the time I was devastated, crushed, but really it was one of those things that happened to you along the way along your journey and the only thing I'd done and been successful was when I was in business so I knew the next thing I wanted to do was to start my own business.

But on a more serious note, because this is a graduating class and you're all on the precipice of great things, the next 20 years on this planet is not going to resemble the previous 20 years. The planet we're leaving you is not the one I grew up in and it kind of makes me feel like I have to apologize with the way we're leaving the planet for you.

My generation focused on just getting out there and taking over the world. Your generation has a lot of work to fix the planet. You're dealing with all kinds of headwinds that my generation never had to think about. This planet is the only home we've ever known, it's the only world we have and yet we've managed to screw it up. We're living in a time where we have leaders who are doubting science and spreading fear and hate to divide us.

So because the most important thing you can do when you leave this community is to love. Lead with love is my message today. Be that message that what unites us is much more important than what separates us. It is so important that you fight the lowest temptations to separate and instead celebrate and embrace what brings us together because it's together we should have the greatest impact.

Human beings by nature love and are good. United with a common goal to do good is the only way humanity will propel itself forward. I really believe that in this point in our civilization we have no choice and we need each other. I wrote a book called, Looptail and the Dalai Lama wrote the foreword and everyone asks me, “How did you get the Dalai Lama to write the foreword?” I just asked. He's never written a foreword for a business book and never endorsed a single book, especially about business.

But if you read actual science, sustained happiness is very straightforward and its four pillars you should take into your life and the four pillars that create sustained happiness are connectedness, that you're connected with your community or people around you, your friends, wherever you work, the people, the product that you're selling. Freedom that you have to have freedom to be yourself, to make mistakes.

Freedom is the driving force of happiness. The ability to grow, you know, all of your time here was spend growing for all of you, learning and growing, and your ability to keep growing as you enter the real world is super important to continued and sustained happiness. Probably the most important part is being part of something greater than yourself.

Whatever it is you do, whether you start at a low-level position or you make your way up to an executive level, always remember what your purpose is and being part of something greater than yourself. And then when you speak to the Dalai Lama and he tells you your only purpose in life is to achieve happiness, he then tells you a little sidebar, that your happiness is directly related to creating happiness for others and the minute you figure that out, life becomes a very happy place.

But you all must be feeling great about yourselves about now. You've done the time, you've been validated, a room full of smarty-pants. Everyone's ready to take on the world. But I want to tell you that it's your humility, your compassion, your empathy and your ability to share is what is going to define the people in this room who will go onto achieve greatness. Sure, there's going to be a jerk in the room that's going to do well.

But I can assure you, they will not achieve happiness. You're not done learning and you're really just reaching the starting line. You only have begun your real life. Until now you've been rehearsing to become this better version of yourself. Again, I'm going to quote Maya Angelou because I love her and that quote is, “When you learn, teach. When you get, give.” You should write this down or maybe tattoo it on your arm.

I'll say it one more time. When you learn, teach, and when you get, give. The most important thing that I'm going to teach you today is that everything that will define you in the future is free. Doesn't cost you anything. Your happiness, your ability to lead to teach, giving, it's all free. You just have to want to achieve it and want to do it and so it shall be.

I'm so excited for all of you to get out there and become the people you're always meant to be. Love hard. Teach with passion. Lead like a servant and most importantly, go out there and achieve happiness. Thank you to this class, this institution, everyone on the board, everyone at Capilano University for making me part of your family and for this incredible honour. Thank you.